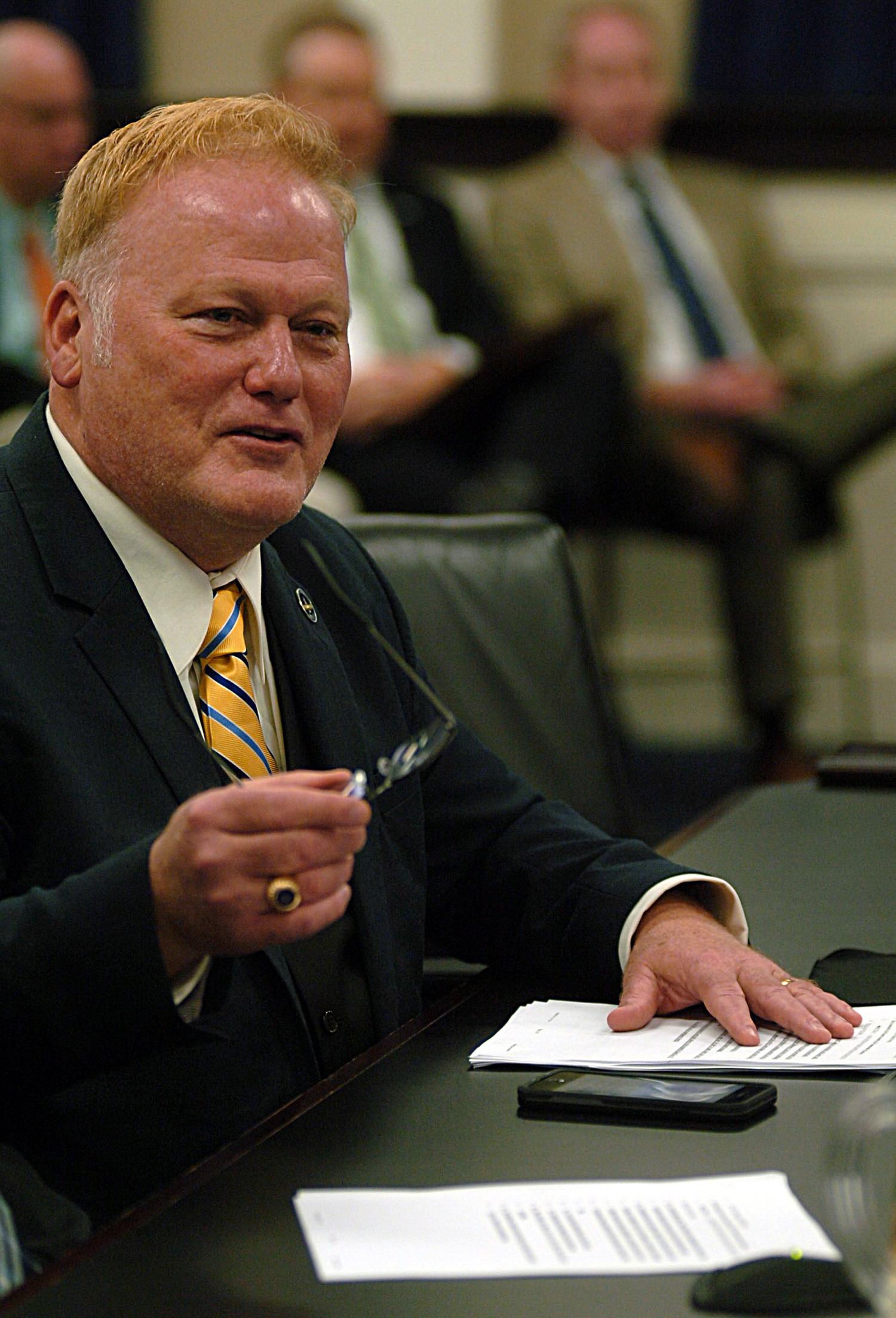 Johnson was a preacher from Mt. Washington in Bullitt County. He shot himself on a bridge over the Salt River, according to WDRB.

Johnson posted a suicide note on Facebook Wednesday evening calling the accusations false and telling conservatives to “take a stand.”

“AMERICA will not survive this type of judge and jury fake news,” Johnson wrote. “Only Three things I ask of you to do,if you love me is (1)blame no person,Satan is the accuser, so blame the Devil himself. (2) Forgive and Love everyone especially yourself .(3)most importantly LOVE GOD.”

The KyCIR investigation included an accusation from a 21-year-old woman that Johnson sexually assaulted her in the basement of his Fern Creek church in 2013. She was 17 at the time.

The Louisville Metro Police Department opened an inquiry, but detectives later closed the case, citing a lack of interest or assistance from the teen. She told KyCIR she never wanted the case abandoned and that detectives reopened the case months ago, following KyCIR’s inquiries.

KyCIR and WFPL are both part of Louisville Public Media.

Johnson denied the accusations, which he said were spawned by his political opponent, former Democratic Rep. Linda Belcher.

The Republican Party of Kentucky, as well as Republican and Democratic leaders in the statehouse quickly called for Johnson to resign Monday after the KyCIR story.

Louisville Metro Police confirmed on Tuesday they had reopened an investigation into Johnson over the 2013 assault allegations.

“All of us at Louisville Public Media are deeply sad to hear that State Representative Dan Johnson has died, apparently of suicide. We grieve for his family, friends, church community and constituents. Our Kentucky Center for Investigative Reporting released a report on Johnson this week. Our aim, as always, is to provide the public with fact-based, unbiased reporting and hold public officials accountable for their actions. As part of our process, we reached out to Representative Johnson numerous times over the course of a seven-month investigation. He declined requests to talk about our findings.”

Statements of condolence poured out from lawmakers Wednesday evening.

“It is with great sadness that we have received confirmed reports of the passing of Rep. Dan Johnson this evening. Please keep his family in your prayers during this incredibly difficult time,” House Republican leaders said in a statement.

Saddened to hear of tonight’s death of KY Representative Dan Johnson...My heart breaks for his family tonight...These are heavy days in Frankfort and in America...May God indeed shed His grace on us all...We sure need it...

Rep. Wesley Morgan, a Republican from Richmond, blamed the media and political parties for Johnson’s death.

Media, @KyDems and especially @KYGOP should be ashamed of itself. Republicans, you turned your back on an ally and forced a good man who was trying to do right by the people of Kentucky to suicide. All because he wasn’t ever your pick. You wanted him gone. Think about that.

I am very sad over the passing of Rep. Dan Johnson. Over the past few weeks in some of the darkest days of my life, he reached out to me, encouraged me, and prayed for me. Prayers for his wife, children, grandchildren and all affected by this sad event.

This story was written by Ryland Barton of Kentucky Public Radio.