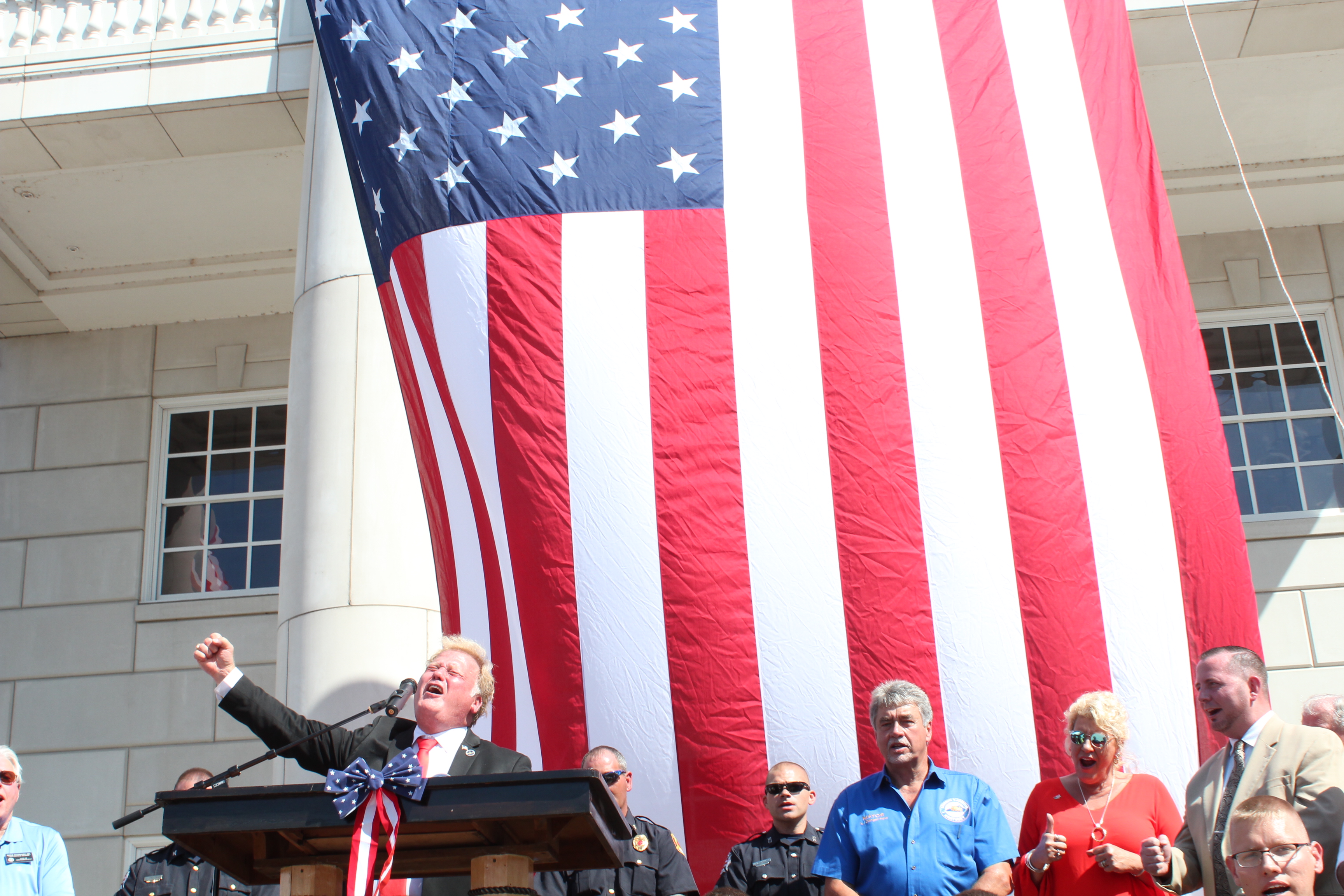 What Politicians Are Saying About "Pope" Dan Johnson

A report from the Kentucky Center for Investigative Reporting prompted calls for Rep. Dan Johnson’s resignation from across the state and political spectrum.

Gov. Matt Bevin declined to specifically call for Johnson to step aside, but reiterated that elected officials have to meet a higher moral standard. Last month, Bevin called on four lawmakers who settled sexual harassment claims to resign.

“The Pope’s Long Con” included an accusation that Johnson sexually assaulted a teenager in the basement of his Fern Creek church in 2013. Louisville Mayor Greg Fischer on Monday called for a review into the Louisville Metro Police Department’s handling of the case.

Johnson also exaggerated or lied about his resume, including a fake doctorate, heroics on 9/11 and serving as a White House chaplain, the investigation found. Johnson was previously indicted in the attempted arson of his car and was a suspect in the arson of his church, the report noted.

Johnson had refused repeated requests for comment, calling KyCIR reporters “fake news” and threatening the newsroom with a lawsuit. He could not be reached for comment Monday.

Here’s a round-up of reactions from state leaders and politicians:

Bevin told the Herald-Leader he wanted to “wait until we get all the facts” before commenting on the allegations. Later, his spokeswoman Amanda Stamper put out a statement saying Bevin has been consistent: any elected official with a sexual assault or harassment allegation “that has been settled, proven or admitted to be true” should resign.

“The allegations made public in today’s media accounts are shocking,” the caucus said in a released statement. “The victim’s statements, made on the record in her own name, are compelling and deeply troubling. Based on the information presented in this report we are calling on Representative Johnson to resign.

"When credible, well-documented allegations surface it is imperative that they be taken seriously. We hope the relevant law enforcement agencies took this matter seriously when it was initially investigated, and that follow-up steps are being taken to ensure nothing was missed that might materially change the course of the case.”

Stepp was supposed to be the GOP-backed candidate for the 49th district race in 2016. But she was replaced by Dan Johnson in the final months of the campaign.

“I really do think that you guys might have more people come forward. If there are any more victims out there, I hope that this story gives them some type of strength and courage, because this is a lot for a victims to carry around.”

Belcher, a retired schoolteacher, was the incumbent in the race that propelled Johnson into the statehouse. Johnson called her “Lyin’ Linda Lou” and alleged that she had murdered babies and called Chicago thugs to his church.

“There were a lot of — I hate to say the word victims — but there were a lot of people who have apparently suffered from his actions, and that concerns me,” said Belcher on Monday. “But it also concerns me that we have a man sitting in our statehouse that has done all these things.”

Belcher is one of the people who was told about the alleged sexual assault of a teen by Johnson at his church. But she said there wasn’t enough for her to act on at the time of the complaint.

“If we had had this information, probably we could have done something differently, but again, I was trying to run a clean race on facts. There wasn't much that we could do, because it was all rumors at that point.”

Belcher hopes Johnson will step down. Whether it’s a special election or the planned 2018 election, Belcher says she’ll be running for the 49th district seat she held before being unseated by Johnson.

“I would hope he would resign his post and consider getting some professional help for his problems,” Wayne told KyCIR. “I would also hope we could follow through on any legal actions that the government can take to address some of the things that are being alleged. It’s really sad that someone like this can get into public office and present themselves in a false way to the public.”

In 2006, Wayne pushed to expand the laws that prevent child sex abuse.

“The only people that can protect minors are adults. Those of us in elected positions especially have to be vigilant about making sure that the perpetrators are prosecuted to the fullest extent of the law. It does concern me that the case was dropped and I commend the mayor for wanting to investigate this.”

Scott said the Republicans should look into removing Johnson from office if he doesn’t resign, and that both parties missed opportunities to hold him accountable before he was elected.

Johnson’s racist Facebook posts were publicized before the election, and though state Republicans pulled their support, he could have been censured once he took office, Scott said.

Maranda Richmond, who accused Johnson of sexual assault, tried to tell her story to state Democrats. Scott said she heard rumors about an allegation, but didn’t know details.

“If you have a young woman who is willing to tell her story, she should have that opportunity to be heard,” Scott said. “Both parties are responsible.”

“I do not condone any form of sexual harassment or sexual misconduct committed by any person, regardless of party. Anyone who has participated in this sort of behavior does not belong in public office,” Morgan said via Twitter.