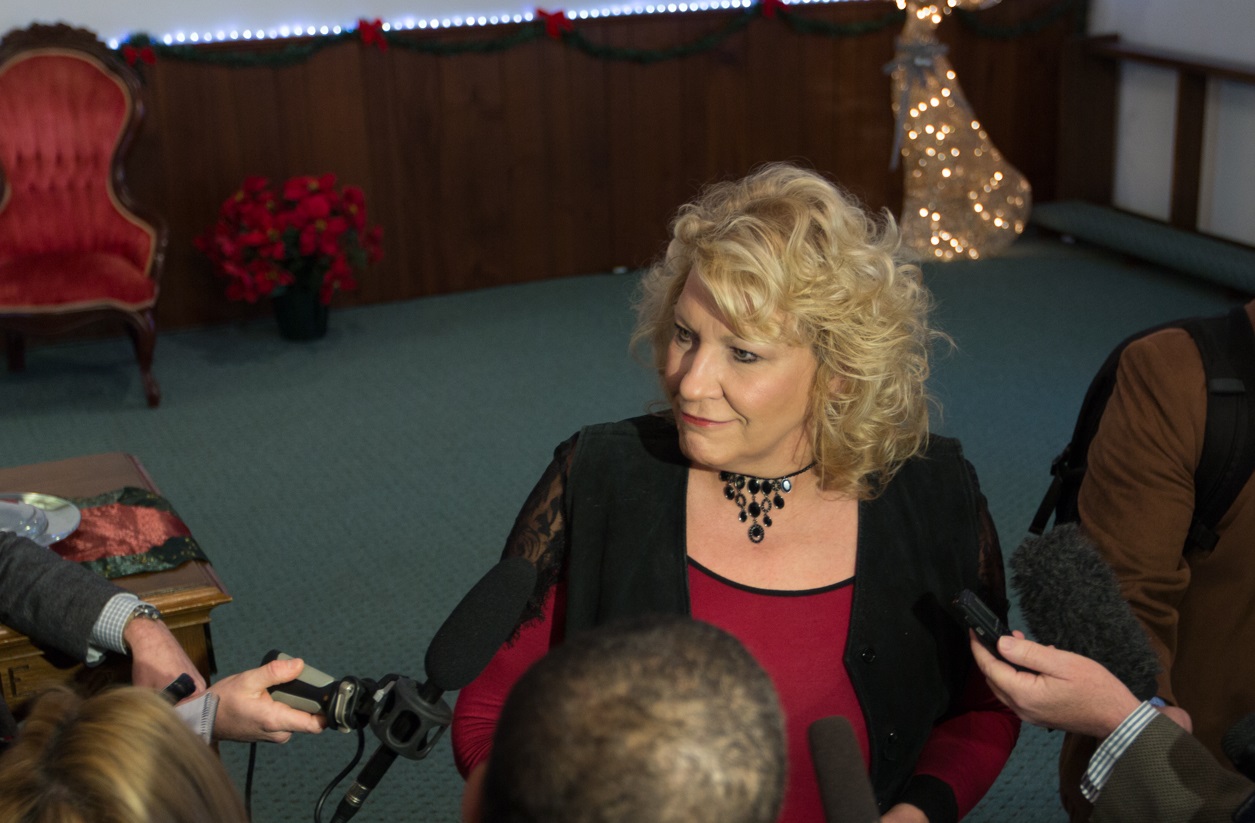 State Rep. Dan Johnson’s wife will face his former opponent in the special election to fill the seat left vacant after Johnson’s death.

Rebecca Johnson was selected by the Republican Party of Bullitt County to be the GOP nominee in the special election, according to Karen Johnson, a member of the county committee that cast votes Thursday night to select a candidate.

The special election is set for February 20.

The Bullitt County GOP had not announced their pick by late Thursday. But Karen Johnson said 21 committee members voted, and Rebecca Johnson received more than 50 percent of the vote. (She is not related to Dan or Rebecca Johnson.)

Rebecca Johnson will face Linda Belcher, a Democrat, in the special election. The Bullitt County Democratic Party selected Belcher as the nominee earlier this week. She formally registered with the Secretary of State’s office Thursday.

Johnson’s 49th District seat was left vacant after he died by suicide earlier this month. The winner of the special election in February will finish out Johnson’s term; the primary for the regularly scheduled election will be held in May.

Dan Johnson’s suicide came two days after the Kentucky Center for Investigative Reporting published a five-part series examining the Republican lawmaker’s life.
The report refuted numerous claims Johnson had made about his biography, including that he served as chaplain to the White House under three presidents, that he earned a doctorate of divinity degree and that he set up a temporary morgue at Ground Zero in the aftermath of the Sept. 11, 2001 terror attacks.

The report also included allegations that Johnson sexually molested a teenage girl in 2013 in the basement of the Heart of Fire Church he pastored in Fern Creek.

Rebecca Johnson announced in an interview the day after her husband’s death that she’d seek to fill his seat.